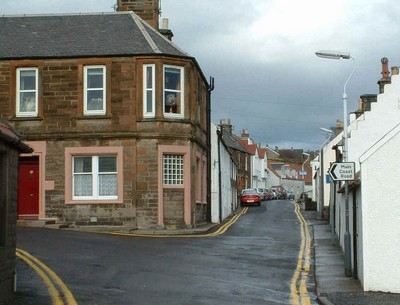 Lower Largo is a small and unspoilt coastal village with quaint streets and suitable for all ages.

Situated on Largo Bay at the foot of Largo-Law (hill), it is a popular tourist resort with an attractive beach and harbour on the mouth of the Kiel River and is spanned by the towering arches of the now unused Railway viaduct.

It was for centuries a prosperous Fishing Village with it's Net Making Factory (see Cardy House) and Knitwear done by the fishermen's wives whilst there men were at sea catching Herring & Mackerel. The Harbour is very much quieter now, as it was once home to 36 Herring Boats and during the 19th Century the village supported a steamboat link to Newhaven (nr Edinburgh) situated on the South Coast of the Firth of Forth. 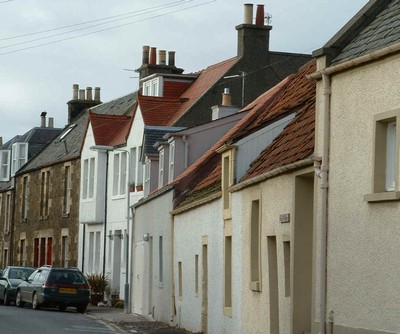 villages most famous son must be ALEXANDER SELKIRK (1676 - 1721) who was born at 101 Main Street, this is identified by a statue commemorating the place of his birth, (just a few doors from "SILVERLEA"). The son of a shoemaker, in 1704 he ran away to sea and joined the ship called 'Cinque Port' as a navigator.

Whilst crossing the Pacific Ocean, he had a disagreement with the ships Captain and was put ashore on the Island of Juan Fernandez, West of Chile. He survived for four years and four months before being rescued and returned to London England.

The writer Daniel Defoe visited Lower Largo and on hearing Selkirk's story was inspired to write the book "The Adventures of Robinson Crusoe".

You have declined cookies. This decision can be reversed.

You have allowed cookies to be placed on your computer. This decision can be reversed.

To book "Silverlea" for your holidays, contact our agent Holiday Cottages at www.holidaycottages.co.uk or by telephoning 01237 426749.  Quote Property Reference No. FF203